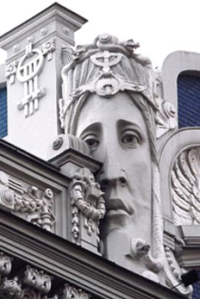 Called my friend Mark, which is what I usually do when I’m feeling foul.  Mostly because he’s become the most adept at processing it.  He’s somehow developed this incredibly sensational Niff-Algorithm that forces me to anger-mock myself and within minutes I’m rambling in nonsense that has him laughing uncontrollably and me purging my rage and it thus becomes a win-win for all involved.

And all my other friends remain safe, sheltered and *stay* my friends because they aren’t turned off by my whining.

I decided to keep it simple.  “I’m gonna move next year.”

“You should move to Latvia.”

Now, I was fairly certain I had mis-heard him and that he had, in actuality, suggested instead Beacon Hill, or Madison Valley, as remote, eastern European countries typically are not presented as an option when moving is brought up in conversation.  Also, as I am one of Mark’s best friends,  I would assume a trans-Atlantic relocation would not be a preferred option.

I considered this for a moment.  “Latvia.  What the hell do they speak over there?  ‘Latvian’?  However…Riga actually has some awesome architecture…GAH. Dude, I can’t live in fucking Latvia.”

He sounded somewhat apologetic.  “I was actually trying to think of some random African country – ”

” – but then Yugoslavia popped in my head and then I thought, hey, there’s that Latvia thing, and potatoes and beets…wait, is a beet a turnip?”

“I can’t fucking go to Latvia.  I haven’t, eh, been vaccinated yet.”

Pause.  “You don’t need vaccinations to move to Latvia.”

(Earlier in the conversation we had discussed the sounds cats make when you pet them when they seem as if they desire comforting, then they turn on you like a goddamn vipre.  Then we tried our own.  Sans cats.  If I liked my neighbors more, I’d worry what they must have been thinking.)

“OH, yeah, I totally have the rabies.  There’s foam and drool all over my headset.  It’s why I have THE RAGE.”

“Aw, man Niff…that sucks!  How did you get rabies?”

“Goddamn raccoon in my apartment.”

“Earlier.  ‘Bout 20 minutes ago. Our douchebag cat conversation.  My cat impersonaltion was really my being attacked by a rabid raccoon.  I was trying to keep it on the D.L..  Didn’t wan’t you to freak out.”

I sighed.  “Yeah, they’ll just have to cut my leg off.  Suck, yeah?  I rather fancied the left one.”

“Eh.  he’ll die of the rabies soon anyway,  But hey, I can make that cat noise though:  ‘rrrnnghgghhhhhoooowwwwwwwwrrnghhhhh…..'”

“It’s ok.”  I said.  “Remember, that not getting what you want is sometimes a wonderful stroke of luck.  The Dalai Lama said that ya know.”